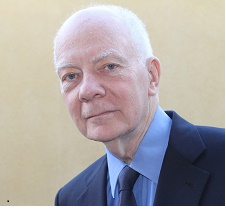 In 1970, Mr. Gilbert joined the New York Philharmonic. He played with the orchestra for thirty seasons through the tenures of Leonard Bernstein, Pierre Boulez, Zubin Mehta, and Kurt Masur. During these years, the orchestra toured extensively throughout the world and made dozens of celebrated recordings. Since 2007, he has led the Eroica Ensemble, presenting an annual series of free concerts in the communities of West Tennessee.
Mr. Gilbert has also devoted much time to working with student orchestras: he has coached and conducted at summer festivals and orchestral seminars around the world This past summer, Mr. Gilbert led a workshop on the Saito Conducting Method at The University of Memphis. Micheal Gilbert is in demand as an adjudicator, clinician, at Festivals across Canada, Musicfest Canada being one of his many stops.