Yamaha Canada Music Limited has led the way in support of music and education in the Canadian school system for the past 52 years. Yamaha’s sponsorship of MusicFest Canada includes clinicians, concert artists and the fabulous equipment that our participants perform on and our audiences listen to throughout the festival.

Each year, Yamaha Canada presents the Yamaha Canada Music Make Waves Award, which consists of $5,000.00 in wind instruments and is the premier award given at MusicFest Canada. It is reserved for that special individual, who, in the opinion of the adjudicators, has demonstrated outstanding musicianship, past musical achievements and solo performances. The award is presented following the festival and must be used before December 31 by the individual meeting the criteria as set out by the Board of Directors. 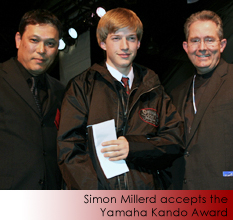 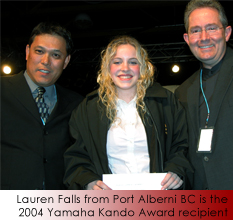 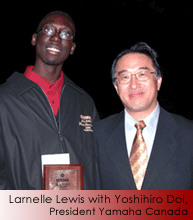 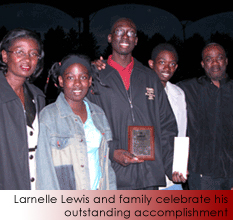