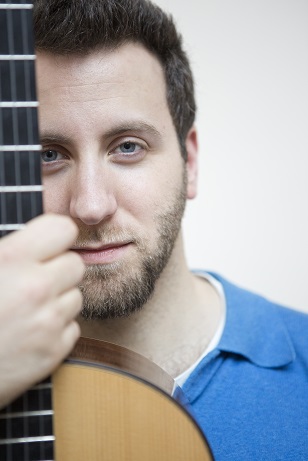 Montreal-born guitarist Adam Cicchillitti  a doctoral candidate at McGill University, studying with celebrated guitarist Jérôme Ducharme. Adam has received awards in national and international competitions, has performed extensively in Canada and the United States and regularly commissions composers for new guitar works. He is the founder of the guitar school at Ottawa Suzuki Strings.

There were several media accolades in 2017 and 2018 for Adam, Classical Guitar Magazine called him “a superb Canadian guitarist” and CBC Music included him on its list of Canada’s top thirty most promising young musicians in classical music, describing him as an “ardent ambassador for classical guitar.” His critically-acclaimed debut album with Analekta was financed by the Canada Council for the Arts and MusicAction, and he will release another album of brand new Canadian works with the same label in 2019.  Cicchillitti’s compositions and arrangements are published by renowned editor les Productions d’Oz