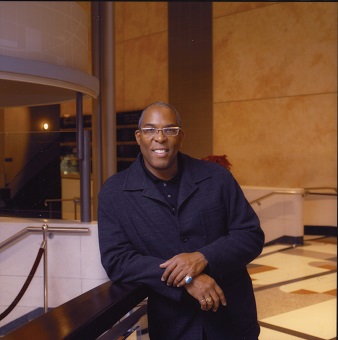 Brainerd Blyden-Taylor is the Founder, Artistic Director and conductor of The Nathaniel Dett Chorale, Canada’s first professional chamber choir dedicated to the creation and performance of Afrocentric music of all styles. Born in Trinidad & Tobago, Mr. Blyden-Taylor immigrated to Canada in 1973. He founded The Chorale in 1998, in response to a musical void in Canada; there had never before been a professional ensemble dedicated to the dissemination of Afrocentric choral music. The response that The Chorale has received in Canada and the United States since its inception has certainly given credence to Mr. Blyden-Taylor’s vision.

Mr. Blyden-Taylor has served as a member of the teaching staff of the Faculty of Music, University of Toronto and the Faculty of Music, Queen’s University. He is a Master Teacher with the Toronto Board of Education, coaching teachers and students in conducting and choral technique, and was awarded an honourary Doctor of Laws degree from York University in Toronto for his contribution to education.

Mr. Blyden-Taylor is also in constant demand as a Clinician, Adjudicator and Lecturer both nationally and internationally, working extensively across Canada and the United States of America, as well as in Cuba and France. He has also been invited to deliver workshops in Japan, Turkey and Israel. In addition Mr. Blyden-Taylor is an active church musician, serving currently as Director of Music at All Saints Kingsway Anglican Church.