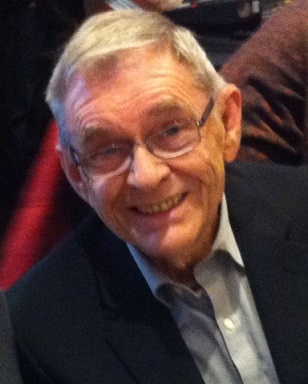 Bryan taught music in Nanaimo for 50 years. Since 1997 he served as Chair of MusicFest Canada’s Jazz and Concert Band Divisions and is currently a Board member. He also taught Jazz Pedagogy at Vancouver Island University and was Chairman of the Music Department until he retired again in 2015.

Bryan’s school bands won many provincial and national awards and his groups have performed in Japan, Europe, the US and in every major city in Canada. Many of his former students are professional musicians and music educators, the best known being international stars Diana Krall, Ingrid Jensen, Christine Jensen, and Carmella Luvisotto.

Bryan is a MusicFest Canada Hall of Fame member, recipient of the Marshall McLuhan Distinguished Teacher Award for both BC and Canada, BCMEA’s Professional Music Educator Award, and the City Of Nanaimo Excellence in Culture Award.

What Bryan enjoys most is working with music students of all ages.