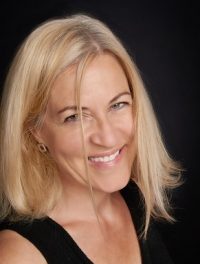 Colleen Allen is one of Canada’s most in-demand musicians for live concerts and recording sessions. Based in Toronto, the acclaimed and versatile multi-instrumentalist has performed all over Canada, the U.S. and Europe with world class jazz and pop artists including Molly Johnson, David Clayton-Thomas, Holly Cole, Emilie-Claire Barlow, Rik Emmett, Marc Jordan, Andrew Craig and Jackie Richardson, to name a few. She works frequently with Brian Barlow’s Big Band, Cirque du Soleil, is a resident artist at Soulpepper Theatre, and a member of Manteca, Canada’s premier fusion jazz big band. She has been in the house band of the Toronto Blues Society’s Women’s Blues Revue since its inception in 1986.  Colleen is a beloved mentor and teacher of music for 15 years now at Humber College and a regular adjudicator/clinician for musicfest, and the TD jazz education festival in Picton.