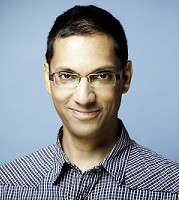 Two-time JUNO-nominated musician Shirantha Beddage is a baritone saxophonist, composer and educator from Toronto, Canada.  Currently, he serves as Head of Theory and Harmony in the Humber College Music department, where he teaches courses in Music Theory, Pedagogy, and Ensemble.  Previously, he was Director of Jazz Studies at the Columbus State University Schwob School of Music (Columbus, Georgia, USA).  He serves as a Vice-Chairman of the Instrumental Jazz Division of MusicFest Canada.

He has released three critically-acclaimed albums as a leader.  His debut album, Roots and Branches, was released in 2007 on Jazz Excursion Records.  His follow-up album, Identity (2012) was nominated for a JUNO award for Traditional Jazz Album of the year in 2013.  His newest album, Momentum (2016), featuring drummer Will Kennedy of the Yellowjackets, was nominated for Jazz Album of the Year (Solo) at the 2017 JUNO awards.

His compositional skills have garnered him accolades such as the 2013 Galaxie Rising Star Award at the Montreal Jazz Festival for his compositions “Baker’s Dozen” and “Winds of Change”.  In 2014, he also composed and performed incidental music for the first season of the Emmy-winning FX TV series Fargo.  Compositions from his album Momentum won him a spot as a finalist in the 2017 Canadian Songwriting Competition.