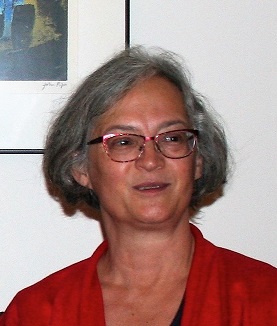 Elaine McLeod began her cello studies in Winnipeg, and pursued further studies at Queens University and UWO, supplemented by summers at the Banff School of Fine Arts and the National Youth Orchestra. She holds a Bachelor of Music Performance from Queens University, a Masters of Music performance and Literature from UWO and a Bachelor of Education Fine Arts with a specialization in Music from York University.
She has recently retired from teaching Strings in the TDSB.  As part of her commitment to excellence in school string playing, Elaine teaches and adjudicates at a variety of workshops, festivals and symposia. She enjoys all aspects of cello playing, and performs chamber and orchestral music.

Elaine plays with the Mississauga Symphony and is an avid chamber musician. She also enjoys swimming, yoga and literature. Elaine and husband Norm have four adult children: Alex and Rory began their studies with Etobicoke Suzuki Music and now play viola professionally. Alex is the Academic Manager and Parkdale Centre Director for Sistema Toronto. Daughter Brynne sings with the Semperopera in Dresden, Germany. Cameron is in Prince George BC studying Environmental Engineering.