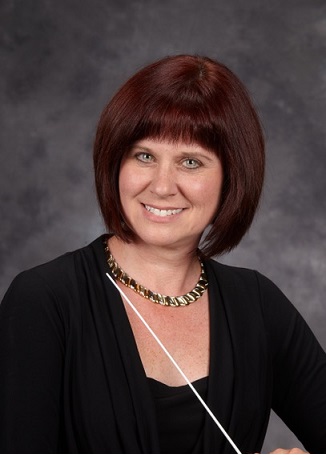 Erica Phare-Bergh obtained her M. Mus. in Choral Conducting from McGill University. A native of Montreal, Phare-Bergh formerly conducted the Vanier College Choirs and the McGill Conservatory Choirs. In Calgary, she directed the William Aberhart High School Choirs, Westwinds Green Choir, and the Savridi Singers. She is in demand as an adjudicator, workshop leader and presenter (ChoralFest, MCA, Podium, MusicFest, BCCF) and was the guest conductor for the 10th Anniversary of the CBC-McGill Youth Gala. In 2008, she spearheaded the Montreal première of Oratorio Terezin, a large-scale work involving 270 performers at Place-des-Art. She and her husband, Rick, live in Victoria, BC. Together, they write children’s books (A Song with Every Story Series) in which Erica incorporates both original songs and classical music into children’s stories. She has numerous arrangements published with Cypress Choral Music and currently directs three Voices in Motion Choirs – multigenerational research choirs for people with Alzheimer’s, their caregivers and high school students.