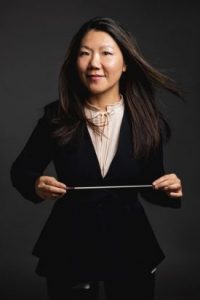 Kira is an Associate Professor of Music at Wilfred Laurier University and the Conductor of the Laurier Symphony Orchestra. Past positions include the Director of the Orchestra and String Studies at Florida Southern College and the Director of Orchestra and Strings at The University of Tampa (United States). She was the winner of the 2016 International Conductors Workshop and Competition and the 2014 recipient of the National American Prize in Music (Prize Winner in Opera Conducting).  Kira holds a doctoral degree in music from the University of Iowa and degrees from the University of New Mexico and Knox College.

As the 2017 winner of the International Institute for Conductors in Bulgaria, Kira conducted the Vidin State Philharmonic Orchestra in a Concerto Festival and was invited back to guest conduct in their 2017-18 season. In the summers of 2019 and 2018, she served as artist in residence and guest conductor at the University of Aveiro (Portugal).  As a recipient of the Sigma Alpha Iota Conducting Scholarship, Kira has presented research at national and state conferences such as NSEE, NAfME, ASTA, and FMEA.  Her research on health and music has been published in Health Education Journal (SAGE publications, UK).