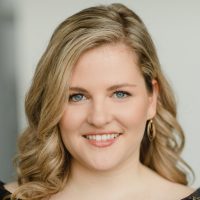 Named one of 2020’s “Rising Stars” by BBC Music Magazine, flutist ​Lara Deutsch​ was the recipient of the $125,000 Prix Goyer for 2019-2020. Lara was also a first prize winner of the Orchestre symphonique de Montréal’s 2014 Manulife Competition, at which she was awarded a total of seven prizes. She was the Grand Prize Winner of both the National Arts Centre Orchestra Bursary Competition (2014) and the Canadian Music Competition (2010), as well as a laureate of the Concours Prix d’Europe (2016).  She is member of the teaching faculty at Carleton University.