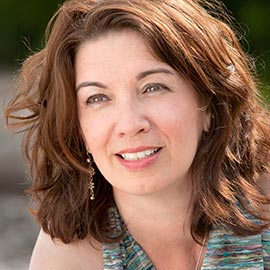 Leslie Fagan is Assistant Professor and Co-ordinator of Voice at Wilfrid Laurier University in Waterloo. She has given master classes at The Juilliard School, Manhattan School of Music, York University, the American University of Sharjah, UAE, Berkshire Choral Festival and was an adjudicator for the New York Oratorio Competition. Ms. Fagan’s students have gone on to attend such esteemed universities as Royal College of Music, London Eng., Manhattan School of Music, San Francisco Conservatory of Music, the Prague Conservatory. The Glenn Gould School and the University of Toronto.  She is a graduate of the University of Toronto.

Leslie  has sung under the batons of such noted conductors as Hans Graf, Sir David Willcocks, Jukke Pekke Saraste, Kent Tritle, Heinz Ferlisch, Victor Borge and Elmer Isler and have delighted audiences and critics alike at Royal Albert Hall, Carnegie Hall, Lincoln Center, Bordeaux Opera House, Roy Thomson Hall and Massey Hall.  Highlights of her past engagements include: a solo concert of music of Stravinsky and Debussy with the Bordeaux Aquitaine Symphonie Nationale, France; Bach’s Weinachts Oratorium in Stuttgart, Germany; Handel’s Messiah at the Royal Albert Hall in London, England; Tafelmusik Orchestra and Choir in Toronto, Ontario; and an engagement as guest soloist at the International Choral Festival in Gouda, Netherlands.  Her Lincoln Center Debut was singing Carmina Burana with Musica Sacra and the world premier of Alessandro Cadario’s Cantata for Revival.  Leslie has been invited by both the Oratorio Society of New York under the direction of Kent Tritle and Music Sacra under the baton of Richard Westenburg to sing their performances of Handel’s Messiah at Carnegie Hall.