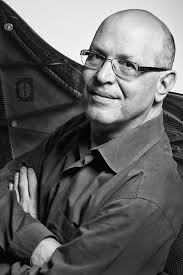 Mark Eisenman is one among a handful of the top ‘in-demand’ jazz pianists in Toronto. Born in New York City, he earned his degree in Fine Arts at York University.  Currently, he conducts jazz workshops at York as a part-time faculty member. His teaching has expanded to include “The Jazz Camp” and classes at Mohawk College in Hamilton.  Mark has performed in many different venues with numerous eminent Canadian and U.S. jazz artists including Art Farmer, Barney Kessel, Ed Bickert, Rob McConnell, Sam Noto, and Pat LaBarbera.

He has also had numerous radio appearances and is well represented on recordings, the latest of which is Mark’s debut recording as a leader, “The Chant”. He has toured Canada extensively with various groups. Mark received The Jazz Report’s 1999 Acoustic Pianist of the Year Award for musical excellence.

Mark is sponsored by York University