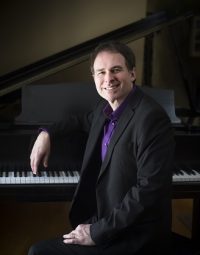 As a composer, his credits include the CBC television series Life & Times, Cottage Country, and On the Road Again. Mark’s original compositions are featured in Treehouse Television’s series Toy Castle, advertising jingles for radio and T.V. and in the recordings of various artists.  Mark has written musical arrangements for a wide range of groups including the National Arts Centre Orchestra, the RCMP Band, the Central Band of the Canadian Armed Forces, the HMCS Stadacona Band, the Winnipeg and Edmonton Armed Forces Bands, and his own Latin-jazz ensemble Los Gringos.  He is a professor at Carleton University’s department of music and directs the Carleton Jazz Ensemble.