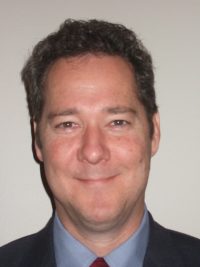 Neil has composed over 50 works at various levels for jazz ensemble, available through UNC Jazz Press and Burnihla Music Publishing and distributed worldwide by J.W. Pepper. He taught music at the elementary and secondary levels for 17 years, and is active as a jazz adjudicator and clinician throughout North America.

Neil directs the renowned Nepean All-City Jazz Band, one of Canada’s per-eminent student jazz ensembles for the last 35 years. He was the recipient of the 1999 Ottawa International Jazz Festival’s “Achievement Award” and in 1991 he received the International Association of Jazz Educators Award for Contribution to Jazz Education. In 2016, he was named to the MusicFest Hall of Fame.  In 2018, he was named the inaugural winner of the Tommy Banks Outstanding Jazz Director Award. In 2020, he was named an Honourary Life Member of the Ontario Music Educators’ Association. He is considered one of the leading Canadian authorities on the teaching of stage band fundamentals and rehearsal techniques.

Neil is sponsored by Burnihla Music.