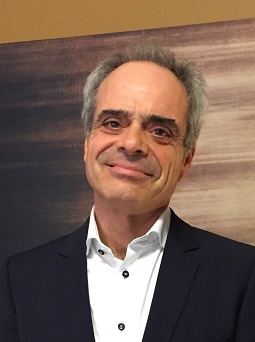 For close to 40 years, Ron Di Lauro has been one of Québec’s most in-demand trumpet players: from jazz to classical, from pop to world music, Throughout his career, he has accompanied renowned artists including Dizzy Gillespie, Phil Woods, Zoot Sims, John Scofield, Aretha Franklin, Tony Bennett, Michel Legrand, Oliver Jones and Vic Vogel, to name but a few.

Music festivals and cultural organizations regularly call upon him to act as a jury member. As an Associate Professor at Université de Montréal’s Faculty of Music, and Lecturer at McGill University’s Schulich School of Music, he directs Big Band, Chamber Jazz Orchestra, as well as teaching jazz trumpet.  He was the recipient of the Oscar Peterson Prize at the 2014 Montreal International Jazz Festival.