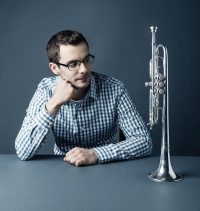 Born in Toronto, Steven began his musical studies at age five on violin and added trumpet studies at age 11. He completed his Bachelor of Music degree at Northwestern University, where he was a member of the school’s entry that won First Prize in the Ensemble Division at the 2012 National Trumpet Competition. Steven continued his studies at The Glenn Gould School at The Royal Conservatory in Toronto. In 2013, he was the winner of the International Trumpet Guild Orchestral Excerpts Competition. Steven has participated in many summer festivals, including the National Youth Orchestra of Canada, National Academy Orchestra, Banff Festival Orchestra, National Orchestral Institute, National Repertory Orchestra, and Spoleto Festival USA.  Steven and his father Barton have commissioned and recorded a CD of brand new music for two trumpets and piano, entitled Tandem.