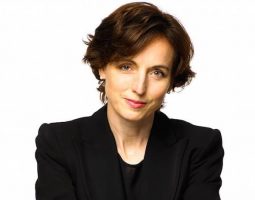 Canadian Conductor Tania Miller was Music Director of Canada’s Victoria Symphony for 14 years, and gained national acclaim for her commitment to the orchestra and community during that time.  She has a Doctorate in orchestral conducting from the University of Michigan, and a Masters in conducting from the University of Michigan. She worked as assistant conductor at the Carmel Bach Festival for four seasons, and as Assistant and Associate conductor of the Vancouver Symphony from 2000-2004.  Tania conducted numerous productions as Artistic Director of Michigan Opera Works in Ann Arbor, Michigan and as guest conductor for Opera McGill in Montréal.  She received the 2017 Friends of Canadian Music award from the Canadian League of Composers and Canadian Music Centre for her acclaimed commitment to contemporary music in Canada. She was awarded an Honorary Doctor of Laws degree from Royal Roads University, and an Honorary Fellowship Diploma from Canada’s Royal Conservatory of Music.