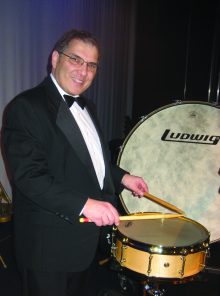 Jim Catalano earned a BS in Music Education from Indiana University of Pennsylvania. He was Graduate Assistant Band Director at The University of Notre Dame in South Bend, IN, earning his Masters in 1977. Jim taught music at the middle, high school and community college level.  He has been on the leading edge of percussion instrument development, sales, education and marketing for Ludwig / Musser from 1983 until his retirement in 2019.  Jim has served on the board of directors of the Percussive Arts Society from 1999-2002 and received the 1998 PAS President’s Industry Award and the 2010 Midwest Music Industry Award.

Jim is sponsored by Conn-Selmer.