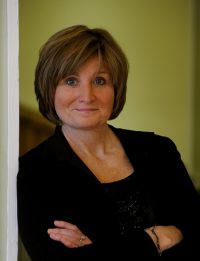 Mary Schneider is Associate Professor of Music and Director of Bands at Eastern Michigan University, where she conducts the Wind Symphony, teaches graduate and undergraduate courses in conducting and music education, directs the Music Now Contemporary Music Festival, and oversees and guides all aspects of EMU’s comprehensive band program.  Prior to her appointment to EMU in the fall of 2008, Dr. Schneider served for three years as the Assistant Director of Bands at the University of Minnesota.  She holds a doctor of musical arts degree from the University of Texas at Austin. She has also earned degrees in horn performance and music education from the New England Conservatory of Music and the University of Connecticut.

Active nationally and internationally as a guest conductor, clinician, and adjudicator, Dr. Schneider brings a diverse background to the podium and to her students in the classroom.  Schneider’s career teaching experience includes many years as a public school music educator in northern New Jersey, where she also maintained a busy performing schedule as a hornist.  An elected member of the American Bandmasters Association, Dr. Schneider is currently Vice-President of the North Central Division of the College Band Directors National Association, and has served two terms as President of the Mid-American Conference Band Directors Association. Additionally, she maintains professional affiliations with the World Association for Symphonic Bands and Ensembles, National Band Association, and the Michigan School Band and Orchestra Association.